The SCALA study will test the hypothesis that the scale-up of implementing a tailored intervention package embedded in a wider strategy of community and municipal support in Latin American cities, will increase screening and advice rates more than the usual practice, carried out by health care providers alone.

SCALA will use a quasi-experimental study to compare PHC-based prevention and management of heavy drinking and co-morbid depression in three intervention districts (municipal areas) within three Latin American cities, with service as usual or training unsupported by community or municipal action in three comparator districts in the same cities.

The cities taking part in the trial are Bogota (Colombia), Mexico City (Mexico) and Lima (Peru), where matched districts (locally governed municipal areas) will be identified and assigned to either “scale-up” implementation or control conditions. In the implementation districts, primary health care units (PHCUs) will receive training embedded within on-going supportive action at the municipal level (A municipal Action Plan or MAP involving the local government, workforce and infrastructure), over an 18-month implementation period. In order to distinguish and examine the separate impacts of the MAP and training, in half the units of the comparator districts, practice as usual will continue at both municipal and PHCU levels, while the other half will receive unit-level training, but without municipal support.

Two changes have been made to the SCALA study and program since the beginning of the project: 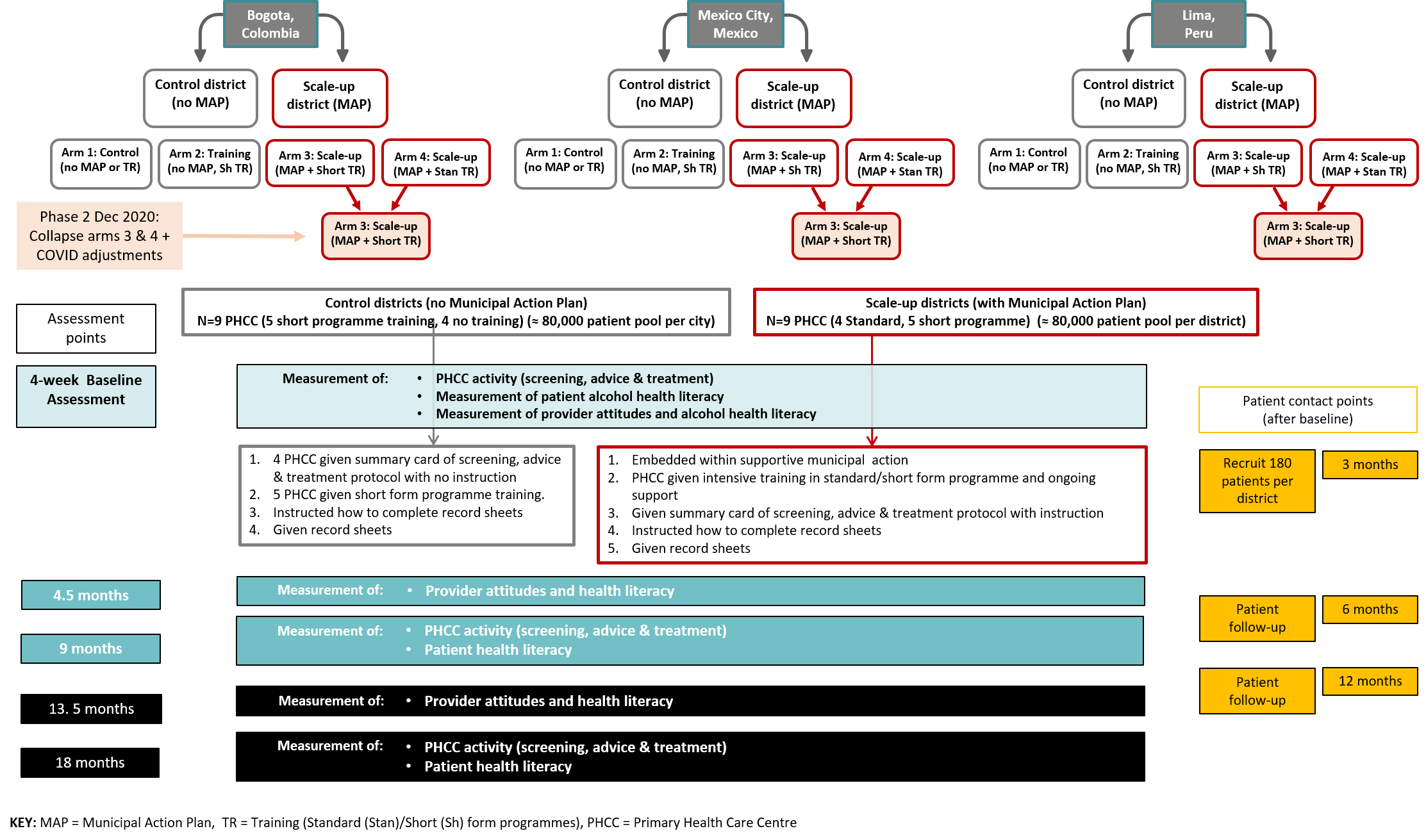 SCALA (Scale-up of Prevention and Management of Alcohol Use Disorders and Comorbid Depression in Latin America) is a 4-year H2020 project which will create and evaluate the scaled-up implementation of a tailored intervention package for primary health care to prevent and manage alcohol problems and co-morbid depression.
This project has received funding from the European Union’s Horizon 2020 Research and Innovation programme under Grant Agreement no. 778048. The contents of this website represent the views of the project scientists only and are their sole responsibility. The European Commission does not accept any responsibility for use that may be made of the information it contains.